At River City Dentistry, we extend comprehensive dental care for the entire family. As your dental health team, we take our role very seriously. From the moment you walk in the door to the time you leave, you will feel like you are our most important patient -- that is because you are!

We take the time to get to know you and to make your time with us as relaxing as possible. Our professional, caring team works together to achieve your comfort and well-being. Experience the difference our comprehensive care can make! Our goal is to restore your smile to complete health. Please give us a call to see how we might be able to create a beautiful smile for you!

A LEADING VISIONARY IN DENTAL CARE 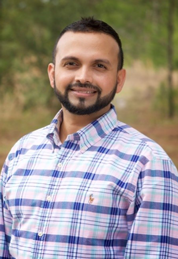 Dr. Parvez Baig graduated from Boston University School of Dental Medicine with High Honors. He received his doctorate degree in dental medicine (DMD) in 2008. Dr. Baig also earned a Master’s Degree in Public Health from Wichita State University, Kansas prior to joining dental school. He is a compassionate dentist and his goal is to provide the highest quality general and cosmetic dental care to his patients in a pleasant & stress-free atmosphere.

Dr. Baig is a Military Veteran. He served in the US Army as an Active Duty Dental Officer, providing dental care to the soldiers of the United States. Dr. Baig was honorably discharged - as a MAJOR and has earned the Army Commendation Medal [ARCOM].  Dr. Baig also served as the Director of “Red Cross - Dental Assisting Program” during his term at Fort Riley. Dr. Baig was awarded Certificate of Achievement by his Commander for his exceptional service to the military community. 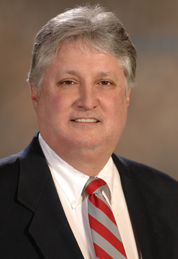 Richard C. Montz, DDS is a native of Tiffin, Ohio. He completed his undergraduate studies at Bowling Green State University – Bowling Green, Ohio in 1979 with a degree in biology and chemistry. He then earned his Doctorate of Dental Surgery degree from Ohio State University – Columbus, Ohio in 1985. During that same year, Dr. Montz joined the U.S. Navy Dental Corps and began serving as a dental officer from 1985 until 1992, both in the United States and overseas. He has been in private practice in DeBary since 1993.

The first voice you will hear when you call our office and the first person to greet you when you visit us is a member of our Front Office Team. Our front office staff coordinates the appointment schedules for each of the doctors and dental hygienists. They also handle any insurance benefits you may have from verification to filing and follow-up. We are sure you will find them very helpful with any business questions, emergencies that may arise, and other concerns that you would like to discuss.

At your very first appointment with our office, you will meet with one of our business office coordinators. In addition to introducing new patients into the practice, the front desk staff is involved in treatment planning with the doctors and in consulting with patients regarding their care. Treatment plans and financial arrangements are among the responsibilities they share. Our coordinators have many years experience in meeting patient needs. Their genuine caring and good communication skills make them an invaluable asset to our practice.

Our practice has dental hygienists and dental assistants to help with the care of the patients. With their assistance, the procedures and appointments in the office run much more smoothly and on a timely basis.

The dental assistants are responsible for all of the clinical supplies that are necessary to take care of our patients. They are also accountable for the patient education necessary when patients are having specific procedures done. The ideal goal is to make your stay as comfortable as possible. If you would like the benefit of some relaxation in our office, be sure to ask one of the dental assistants about our calming measures which include nitrous oxide (laughing gas), stereo headphones, CDs, or DVDs. Along with this, our dental assistants act as a hands-on assistant during clinical procedures.

We are extremely fortunate to have highly experienced dental hygienists. Each of the dental hygienists has over 15 years of experience as periodontal therapists. A regular visit with your hygienist is key to lifelong oral health. At each visit, they will closely monitor and maintain your periodontal health. Our hygienists are dedicated to continuing education, believing it is fundamental to offering our patients the latest techniques for home care and in-office treatment. Our hygiene department is especially known for gentleness and thoroughness!